A YOUNG MAN FROM A DEPRIVED BACKGROUND IS ON TRIAL FOR MURDER. ELEVEN JURYMEN ARE CONVINCED OF HIS GUILT; ONE OF THEM (HENRY FONDA) IS NOT SO SURE.
Temperatures rise as each jury member has to assess and reassess his verdictand himself. Lumet summarised the film’s theme in a single word: ‘Listen.’
This is one of the great directing debuts. ‘There is no war between the visual and the aural in cinema,’ Lumet has declared, and in this superbly scripted drama (adapted by writer Reginald Rose from his television play) he generates as much tension and visual excitement within a single room as one could wish for. Henry Fonda embodies the liberal spirit at its noblest; Lee J. Cobb weighs in mightily as his chief antagonist; the rest of the cast are faultless. The jury might have been split but the verdict on the film was instant, accurate and enduring: a classic.Group tickets are available directly from the IFI 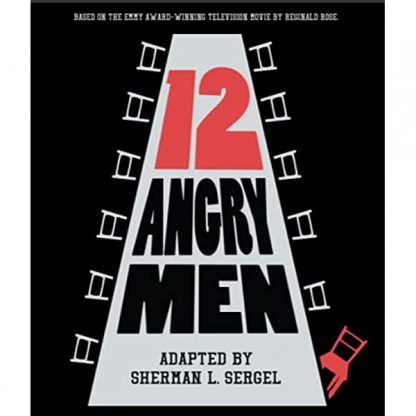 You're viewing: Jack’s Play €8.00
Add to cart
Manage Cookie Consent
To provide the best experiences, we use technologies like cookies to store and/or access device information. Consenting to these technologies will allow us to process data such as browsing behavior or unique IDs on this site. Not consenting or withdrawing consent, may adversely affect certain features and functions.
Manage options Manage services Manage vendors Read more about these purposes
View preferences
{title} {title} {title}