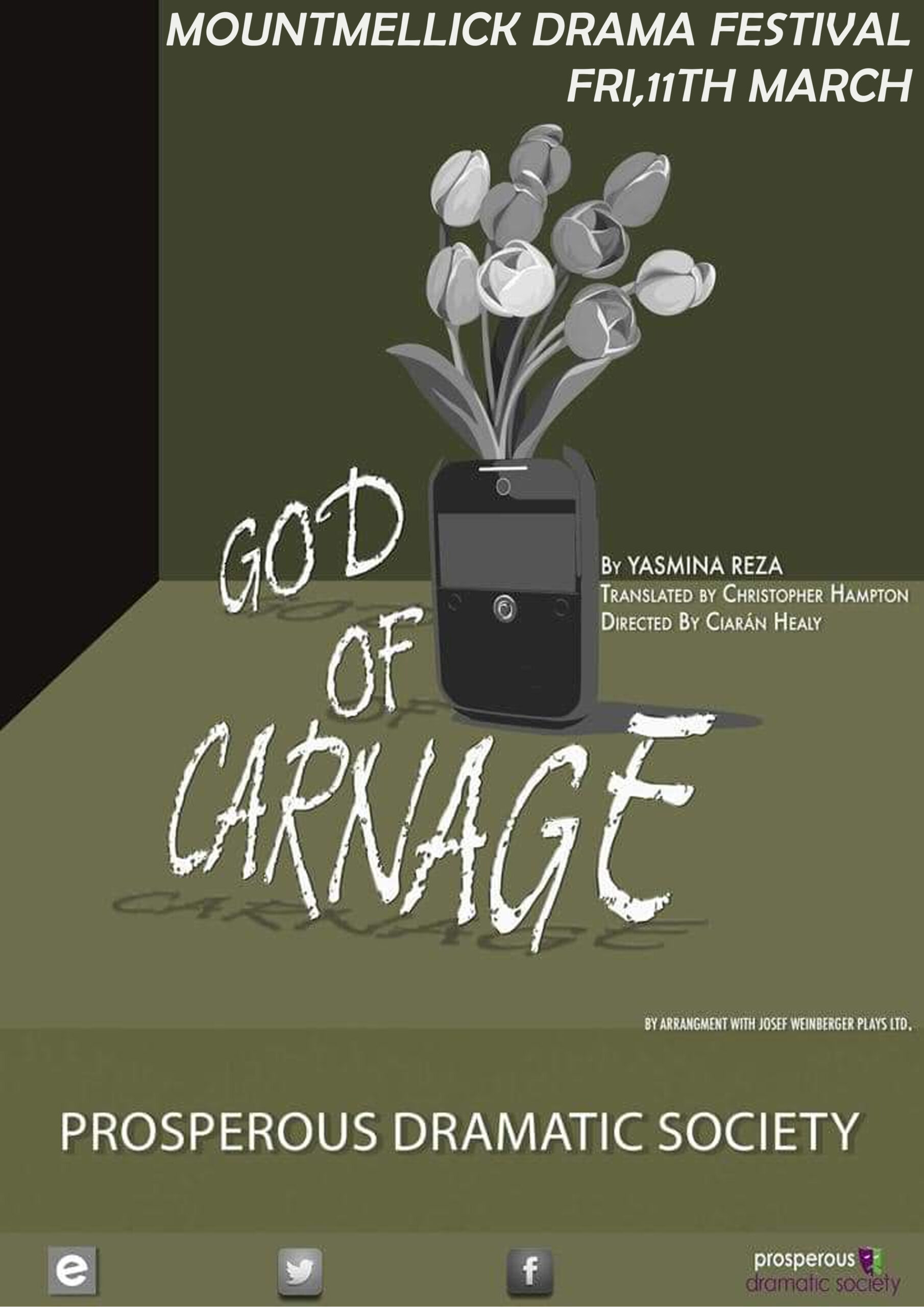 What happens when two sets of parents meet up to deal with the unruly behaviour of their children? A calm and rational debate between grown-ups about the need to teach their children how to behave properly? Or a hysterical night of name-calling, tantrums and tears before bedtime?

Boys will be boys, but the adults are usually worse – much worse.

Prosperous is a small village in Co. Kildare with a strong tradition of theatre and the group are thrilled to have won the RTE All Ireland Drama Finals for the first time in 2018. The group first won the 1-Act All Ireland finals in 2012 and were invited to perform their winning production in Monaco at the Mondial du Theatre. The group are consistent qualifiers for the 3-Act All Ireland finals in Athlone. They held the title of Ulster Champions in 2013 and 2014. In 2015 the group were awarded the Abbey Theatre award in the 2017 RTE All Ireland Drama Festival finals, bringing The Play about the Baby to the Peacock Stage for 4 sold-out performances and again in 2018 with Sylvia. In 2019 Prosperous Dramatic Society defended their title with their production of ‘An Enemy of the People’ winning the converted RTE’s All Ireland Drama Festival premier prize in Athlone for the second year in a row!